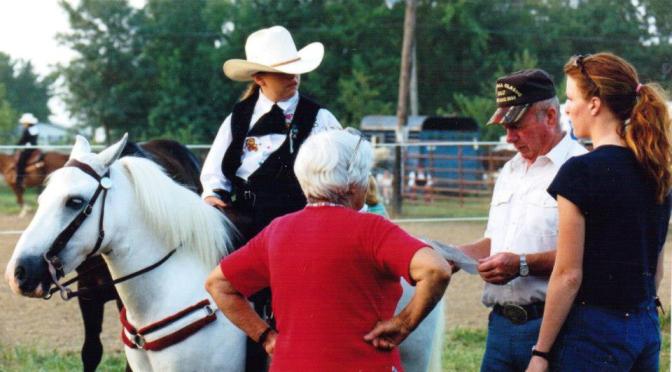 I overheard someone say the other day “Thank you for giving me my wings.” I didn’t think a lot about that statement, but apparently my subconscious did, because I went home, went to sleep, and had an interesting dream in which I told my mentor just exactly what he had done for me, and my life. And when I woke up that’s when it occurred to me. Maybe he doesn’t know. I’ve never been great at verbal communication, writing is my gig, and maybe there are others out there that haven’t put a lot of thought into making sure that special person knows exactly how special they are. Or how important it is to just tell them. To say it. Just to make sure. So. This is mine, and this is me encouraging you to do the same.

I was one of those kids that hit the ground loving horses. I prayed every day for the first five years of my life for a pony. I cast pennies into wishing wells, I asked Santa every Christmas, I begged and pleaded with my parents. And being the insanely lucky person that I’ve always believed I am, I ended up with one. I rode all over the farm on that first pony, and eventually graduated to a bigger one, and I was lucky enough to have a father that supported my dream and provided multiple sale barn horses for me to learn from and have fun with. My dad teased me that this was a passing phase, and something I would grow out of. But I think we both knew it wasn’t, and it was actually the very opposite; the deep and powerful pull of my soul telling me this is where I belonged.

I rode up and down the gravel roads and all over the farm, most of the time bareback, and that’s how I found a neighboring horse stable, Royal Mile Farm. With a big barn and a pasture full of amazing horses, I was in awe and I promptly marched right up to the barn on my pony and asked for a job mucking stalls. They had all the help they needed, but that didn’t stop me from riding by a few times each week on my pony to marvel at all the beautiful horses. I knew watching them that these weren’t like the grade sale-barn ponies I was riding. My father told me that this farm was owned by one of the best horsemen in the state, and they raised race horses.

When I was thirteen I was showing horses on the 4-H circuit and my best horse, the one I used for western pleasure, came up lame. We took him to the vet and didn’t get a favorable diagnosis, so my dad opted to ask the owner of Royal Mile Farm, a man named Butch, for a second opinion. I’ll always remember that day, Butch told us that it was certain that my horse wouldn’t be better in time for show season, but he had a horse I could borrow and show if I wanted to come ride him. I believe it took me all of five minutes before I showed up on his doorstep, I barely gave him time to drive home. I rode and showed that horse all summer, and spent so much time there they started throwing me on other horses too, and over the next few years I became a fixture, helping a bit here and there, watching and learning.

When I turned 16 we moved away from our farm down the road, and I thought my time at Royal Mile was over. Until I got the phone call a few months later asking me to formally work for him. I’ll never forget sitting at the dinner table and proudly telling my dad that Butch had asked me to come ride for him, and he looked at me, surprised, and said “Well that’s amazing, there’s no telling how far you can go, or how much you can learn, working for him.” There are moments in our lives that are so filled with hype that they can never live up to the expectations you’ve placed on them. This was the opposite.

I went to work with a vengeance, and never looked back. I worked and rode for Butch off and on over the next fifteen years, and he took me under his wing and taught me more than I can ever put into words. Through some of my toughest and most formative years he was there, teaching me about the animals I revered. Things like how to read a pedigree and evaluate a horse’s worth, how to start a colt, and finish an older horse. That I might need to give up on my jockey dreams (since I ended up 5’9″ tall), how and what to feed, breeding cycles, identifying and healing lameness, behavioral and health problems, bits and bitting, when to cut a horse some slack and when to crawl all over one, and how to negotiate on a business deal. Did I ever become proficient in any of those? Not even close, but it’s proven thus far to be the opportunity of a lifetime and a study in worthwhile self-development to attempt it.

I only realized later, when his words randomly come back to me, that peppered throughout all those patient equine lessons for a horse-loving kid, were equally important lessons about life. I learned that humility and constant learning are two big keys to life, and if you apply common sense and listen to your gut, you’re miles ahead already. Butch and horses also taught me to live humbly and stay kind, to get back up and fight like hell when life knocks you down, how to say what you mean and mean what you say, follow through with your commitments, and that lesson hardest of all, how to keep your balance. Both in the saddle, and in every other aspect of your life.

Over the years, when life was beating me down and I wasn’t sure where to turn or how to deal, I would occasionally and randomly find myself wandering back to Royal Mile Farm, this place that was my second home. It was never spoken, and I never said I was lost, or alone, but he always knew. And for a day or two, maybe a few weeks here and there, we would simply fall into the same old rhythm, him throwing me on various horses and talking pedigrees with me, sharing that same love and reverence for these amazing animals. In the process giving me back my moxie, and my spark, and reminding me who I was; helping me find my center. We never talked about my problems, or my worries, we never had to, they were just part of life.

Every once in a while I stop and evaluate where I’m at in life. I have big worries, I have huge obstacles, I have stress and work and more work and some days that I don’t know how I’m going to cope. But my husband is a professional farrier (horseshoer), our life together revolves around horses, and we’re able to compete as a family with our two children in the greatest sport in the world, mounted shooting.  I have earned respect from people I revere, found amazing friends, watched both our son and our daughter form bonds with these animals, and grow into exceptional, hard-working, empathetic people as a result. Less importantly, but still fulfilling, I’ve been fortunate enough to find and train horses on a laymans budget that can compete with the best professionals in the country. Those horses have given us the opportunity to attend some of the biggest venues on the largest stages, and see places and things I never in a million years thought I’d get to. Occasionally I’ve  shown up to those very places to compete, and found myself intimidated and wondering how on earth I had thought it was a good idea to haul there. Without fail the thing that centered me was the realization that not one of my competitors had the horseman behind them that I did. On speed dial. More importantly? Sometimes not even needing to use that speed dial because I was already certain I knew what he would tell me; to listen to my horse. So I would. Even when my nerves were making me so sick I didn’t think I could, I’d do what I’d always done, just put my left foot in that stirrup and step up. And feel again what I always did in the arena or the field at Royal Mile Farm. Pure. Unadulterated. Freedom.

So every so often I look up from a day of what feels like drudgery and workworkwork, and I’m astounded. This place in my life that I’m at right now, is the place my father referenced that day so many years ago when Butch first hired me, when he said “There’s no telling how far you can go.” THIS is as far as I can go. This is a happy, full life, not spent easily, but spent humbly and with the highest regard for these animals that have always drawn me to them, and it’s all I ever wanted. That’s thanks to a lot of people (my parents have always been my biggest fans and supporters) but I’d like to go out of my way to make sure that person who gave me so many of the tools I use every day to live my dreams KNOWS that he did so. So I’ll raise a glass to that gem of an old cowboy, the man that always has a smile and a place for me, no matter how long I’ve been gone, and I’ll say “Thanks for giving me my wings, Butch, both in life and in horses. You’ll never know how grateful I am.”

PS: Every word written should be stated to apply to Betty as well, I’ll never forget Betty finding me a new pair of boots at a garage sale when I was wearing a holey pair.